THE STORY OF CHINA

The Story of China (6×60), is a landmark documentary series, written and presented by historian Michael Wood, exploring the history of the world’s oldest continuous state, from the ancient past to the present day.

Home to over a billion people, China is the new superpower, a country we all want to understand now, and Wood argues that to do so we have to look at its history. Traveling across the country he explores the landscapes, peoples, stories and cultures that have helped create China’s distinctive character and genius over more than four thousand year.

Journeying along the Silk Route, down the Grand Canal, and across the plain of the Yellow River, where Chinese civilisation began, Wood meets people from all walks of life, visiting China’s most evocative landscapes and exploring ancient cities like Xian, Nanjing and Hangzhou.

He’ll trace some of the great moments in Chinese history – from their extraordinary voyages of exploration before Columbus, to amazing scientific inventions before the European Renaissance: he’ll even show that the Chinese invented football!

A grand sweep narrative, full of big ideas and unexpected surprises, the series shows how the Chinese created their own distinctive vision of the world: a vision that is still alive in the 21st century and indeed, Wood argues, is the real motor behind the incredible and growing success of China today.

See the extensive PBS official website (made by us) featuring a comprehensive history of China timeline, dynastic maps, interactive games, photo gallery and a Q&A with Michael.

Back on BBC4, Story of England! 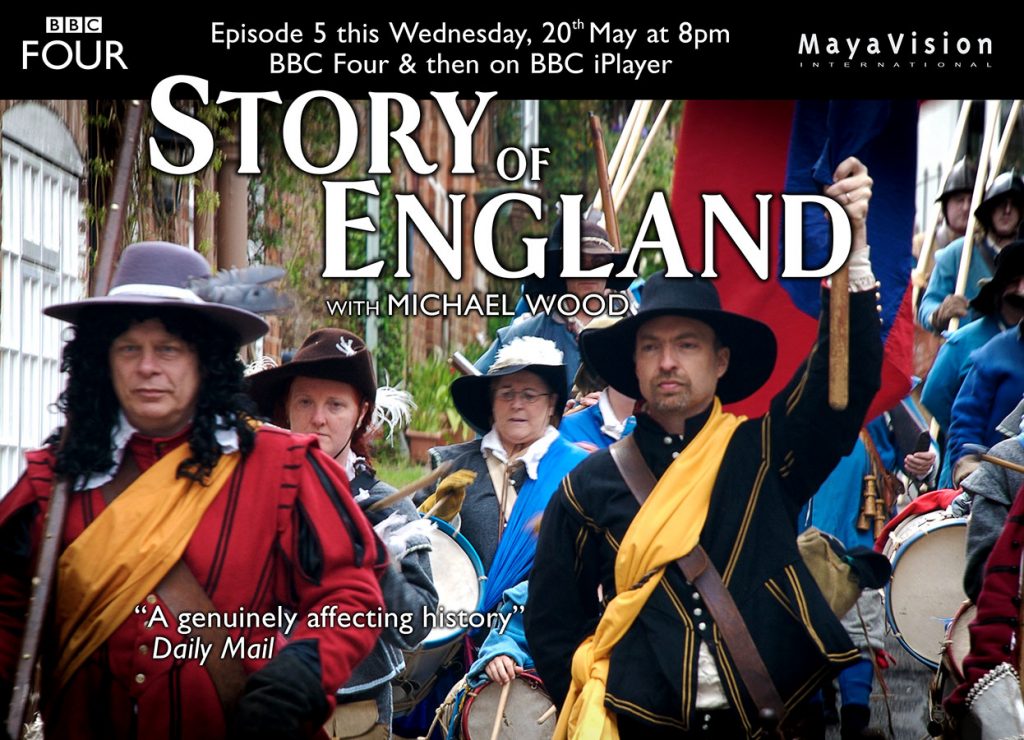 “The most innovative history series ever made for TV” – Independent

This week the story takes us from Henry VIII to the Industrial Revolution.

BBC 4 and on BBC iPlayer (click here for link)