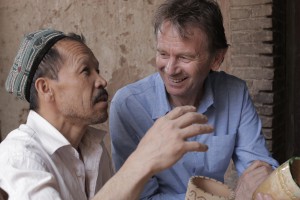 or over thirty years now, historian and broadcaster Michael Wood has brought history alive for viewers and readers in Britain, the US and further afield. He is the author of several highly praised books on English history including In Search of the Dark Ages, Domesday, and In Search of England, and well over one hundred documentary films, among them In the Footsteps of Alexander the Great and The Story of India, which the Wall Street Journal described as ‘still the gold standard’ of documentary history making. The Independent newspaper called his Story of England, which told the tale of one village, Kibworth in Leicestershire, through British history, ‘the most innovative history series ever on TV’. His most recent TV work includes the series King Alfred and the Anglo-Saxons and Shakespeare’s Mother (2015); he is currently working on The Story of China for transmission on BBC 2 at the end of 2015 and PBS in 2016. 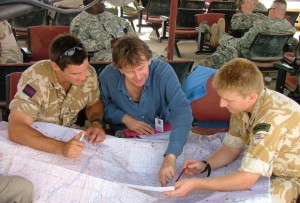 Michael was born in Manchester, and educated at Manchester Grammar School and Oriel College Oxford, where he did post-graduate research in Anglo-Saxon history, on which he has written many academic articles. (His most recent contribution in this field is ‘King Athelstan’s Psalter’ in 1000 Years of Royal Books and Manuscripts (British Library 2014.) His study of the first king of England, The Lost Life of King Athelstan, is to be published by Oxford University Press in 2017. Michael has a special interest in Shakespeare: along with several films he wrote a highly praised biography in 2003 and is a contributor to Shakespeare’s Circle (forthcoming Cambridge 2015). He has recently written about the making of history documentaries in The Impact of History? (Routledge 2015.) He is currently Professor of Public History at the University of Manchester, a Fellow of the Royal Historical Society, the Royal Society of Arts and the Society of Antiquaries, and a governor of the Royal Shakespeare Company and the Shakespeare Birthplace Trust. He was recently awarded the Historical Association’s Medlicott Medal for ’outstanding services and current contributions to history’. Michael lives with his family in North London.