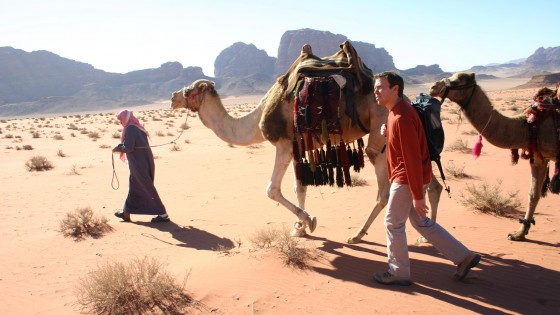 Both a heart-racing adventure and an uplifting quest, Walking the Bible presents one man’s epic journey- by foot, jeep, rowboat, and camel- through the greatest stories ever told. From crossing the Red Sea to climbing Mount Sinai to touching the burning bush, Bruce Feiler’s inspiring odyssey will forever change your view of history’s most legendary events.

Sacred Journeys is a six-part series highlighting religious pilgrimages around the world, featuring renowned writer and television personality Bruce Feiler. Each episode focuses on a different chapter of ancient history revealed through the personal stories of contemporary explorers who set out on the same profound journeys that people have taken for a thousand years or more.